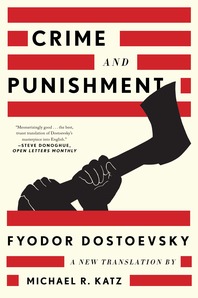 An event to be celebrated, a Dostoesvsky translation that fully captures the literary achievements of the original.

So essential is Crime and Punishment (1866) to global literature and to our understanding of Russia that it was one of the three books Edward Snowden, while confined to the Moscow airport, was given to help him absorb the culture. In a work that best embodies the existential dilemmas of man’s will to power, an impoverished student, sees himself as extraordinary and therefore free to commit crimes.

English translators have struggled with excessive literalism and no translation is felicitous to the literary nuances of the original prose. Now, Michael Katz addresses these challenges with new insights into the linguistic richness, the subtle tones and the cunning humour in this sparkling rendition of Fyodor Dostoevsky’s masterpiece.