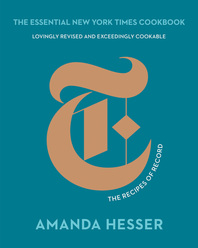 The James Beard Award–winning compendium of the paper’s best recipes, revised and updated.

Hesser has tested and adapted each of the 1,000-plus recipes and she highlights her go-to favourites from more than a century’s-worth of cooking tradition with wit and warmth. As Saveur declared, this is a “tremendously appealing collection of recipes that tells the story of American cooking.”