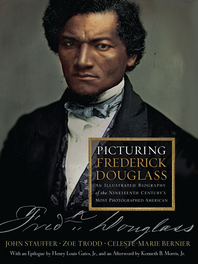 Frederick Douglass’s fiery speeches made him one of the most renowned and popular agitators of his age. Now, as a result of ground-breaking research, we can reclaim the ex-slave and abolitionist as a pioneer in photography, both as a subject and as a theorist. Included here are 160 photographs of Douglass—many which have never been publicly seen—combined with previously unpublished writings and speeches on visual aesthetics. The result transforms our understanding of photography and its place in the life and legacy of Douglass.