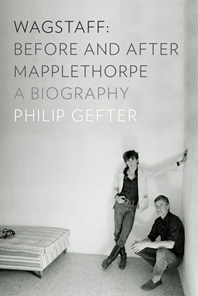 Here is the long-awaited story of Sam Wagstaff and his indelible influence on the world of late-twentieth-century art.

Recalled as the lover and patron of Robert Mapplethorpe, Sam Wagstaff here takes centre stage as a leading American intellectual and cultural visionary. Philip Gefter traces Wagstaff’s evolution from society "bachelor" of the 1940s to his emergence as rebellious curator. In 1972, his meeting with twenty-five-year-old Mapplethorpe, would lead to his legacy as world-class photography collector and cultural arbiter.

Positioning Wagstaff’s personal life against the rise of photography as a major art form and the simultaneous formation of the gay rights movement, Gefter’s absorbing biography provides a searing portrait of New York just before and during the age of AIDS. The result is a definitive and memorable portrait of a man and an era.

“His [Wagstaff's] role in establishing photography as a major art form is given its due here.” — Apollo Magazine

“...Philip Gefter tells the fascinating story of art curator and collector Sam Wagstaff, who helped create a market boom when he turned his eye to photography in the 1970s.” — Popular Photography

“Gefter is very good on New York's gay milieu and his book is full of racy details.” — The Independent

“...striking, sexy biography of a charismatic man in the best and worst of times.” — The Times

“...this excellent and overdue biography...” — The Telegraph

“Gefter offers a captivating tribute to a man who certainly transformed the fate of photography.” — artlyst.com