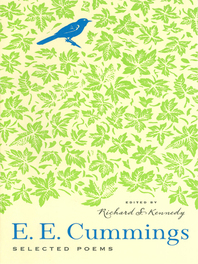 "No one else has ever made avant-garde, experimental poems so attractive to both the general and the special reader."—Randall Jarrell

The one hundred and fifty-six poems here, arranged in twelve sections and introduced by E. E. Cummings's biographer, Richard S. Kennedy, include his most popular poems, spanning his earliest creations, his vivacious linguistic acrobatics, up to his last valedictory sonnets. Also featured are thirteen drawings, oils, and watercolors by Cummings, most of them never before published.