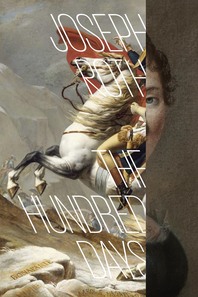 Now in paperback, Napoleon’s return to the throne in Paris, as imagined by the incomparable Joseph Roth

Joseph Roth paints a vivid portrait of Emperor Napoleon’s last grab at glory, the hundred days spanning his escape from Elba to his final defeat at Waterloo. This particularly poignant work, set in the first half of 1815 and largely in Paris, is told from two perspectives, that of Napoleon himself and that of the lowly, devoted palace laundress Angelica—an unlucky creature who deeply loves him. In The Hundred Days, Roth refracts the deep sorrow of their intertwined fates.

Roth’s signature lyrical elegance and haunting atmospheric details sing in The Hundred Days. “There may be,” as James Wood has stated, “no modern writer more able to combine the novelistic and the poetic, to blend lusty, undamaged realism with sparkling powers of metaphor and simile.”

“An achingly beautiful fictional account of the rise and fall of the Emperor Napoleon.” — Abby Margulies, Words Without Borders

“There is a poem on every page of Joseph Roth.” — Joseph Brodsky

“What a marvelous writer! Read him now. You can thank me later.” — Michael Dirda

“A novel of great sensitivity and resonance. The Hundred Days is a meditation on the nature of greatness and love’s dogged loyalty, interwoven with the well-balanced irony that is Roth’s trademark. It’s a sad little gem.” — Boston Review