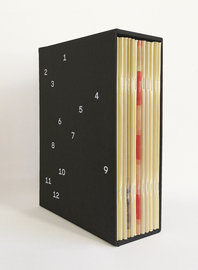 This boxed set of the first twelve collections in the New Directions Poetry Pamphlet series contains: