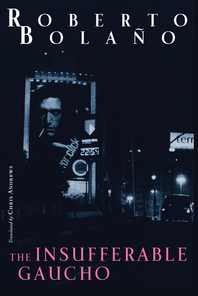 These five astonishing stories, along with two compelling essays, show Bolaño as a magician, pulling bloodthirsty rabbits out of his hat.

The stories in The Insufferable Gaucho — unpredictable and daring, highly controlled yet somehow haywire — might concern a stalwart rat police detective investigating terrible rodent crimes, or an elusive plagiarist, or an elderly Argentine lawyer giving up city life for an improbable return to the familye state on the Pampas, now gone to wrack and ruin. These five astonishing stories, along with two compelling essays, show Bolano as a magician, pulling bloodthirsty rabbits out of his hat.