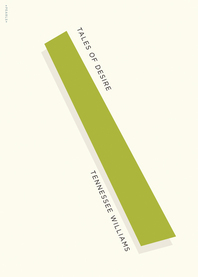 "I yearned for a bad influence and boy, was Tennessee one in the best sense of the word: joyous, alarming, sexually confusing and dangerously funny."—John Waters

“I cannot write any sort of story,” said Tennessee [to Gore Vidal] “unless there is at least one character in it for whom I have physical desire.” These transgressive Tales of Desire, including “One Arm,” “Desire and the Black Masseur,” “Hard Candy,” and “The Killer Chicken and the Closet Queen,” show the iconic playwright at his outrageous best.