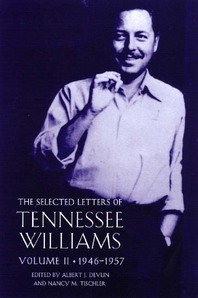 Volume I of The Selected Letters of Tennessee Williams ends with the unexpected triumph of The Glass Menagerie. Volume II extends the correspondence from 1946 to 1957, a time of intense creativity which saw the production of A Streetcar Named Desire, The Rose Tattoo, Camino Real, and Cat on a Hot Tin Roof. Following the immense success of Streetcar, Williams struggles to retain his prominence with a prodigious outpouring of stories, poetry, and novels as well as plays. Several major film projects, including the notorious Baby Doll, bring Williams and his collaborator Elia Kazan into conflict with powerful agencies of censorship, exposing both the conservative landscape of the 1950s and Williams' own studied resistance to the forces of conformity. Letters written to Kazan, Carson McCullers, Gore Vidal, publisher James Laughlin, and Audrey Wood, Williams' resourceful agent, continue earlier lines of correspondence and introduce new celebrity figures. The Broadway and Hollywood successes in the evolving career of America's premier dramatist vie with a string of personal losses and a deepening depression to make this period an emotional and artistic rollercoaster for Tennessee. Compiled by leading Williams scholars Albert J. Devlin, Professor of English at the University of Missouri, and Nancy M. Tischler, Professor Emerita of English at the Pennsylvania State University, Volume II maintains the exacting standard of Volume I, called by Choice: "a volume that will prove indispensable to all serious students of this author...meticulous annotations greatly increase the value of this gathering."