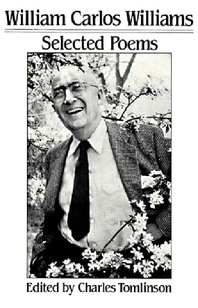 With the publication of this book, Charles Tomlinson's edition of Williams's Selected Poems, New Directions has introduced a gathering larger and more comprehensive than the original 1963 edition.

Opening with Professor Tomlinson's superbly clear and helpful introduction this selection reflects the most up-to-date Williams scholarship. In addition to including many more pieces, Tomlinson has organized the whole in chronological order.

"It isn't what he [the poet] says that counts as a work of art," Williams maintained, "it's what he makes, with such intensity of purpose that it lives with an intrinsic movement of its own to verify its authenticity."

“The greatness of a poet is not to be measured by the scale but by the intensity and perfection of his works. Also by his vivacity. Williams is the author of the most vivid poems of modern American poetry.” — Octavio Paz