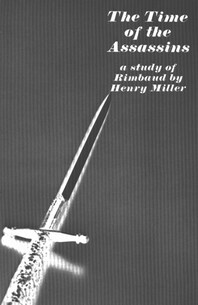 This study is not literary criticism but a fascinating chapter in Miller's own spiritual autobiography.

The social function of the creative personality is a recurrent theme with Henry Miller, and this book is perhaps his most poignant and concentrated analysis of the artist's dilemma.