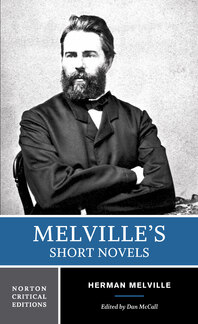 Collected in this volume are Bartleby the Scrivener, Benito Cereno, and Billy Budd—presented in the best texts available, those published during Melville's lifetime and corrected by the author.

Each text has been carefully edited and annotated for student readers.

A Selected Bibliography is included.