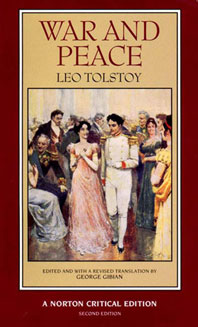 "Backgrounds and Sources" includes the publication history of War and Peace, selections from Tolstoy’s letters and diaries as well as three drafts of his introduction to the novel that elucidate the its evolution, and an 1868 article by Tolstoy in which he reacts to his critics.