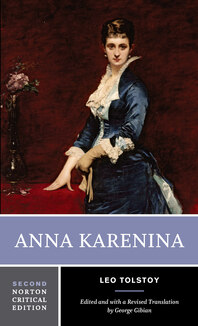 "Backgrounds and Sources" includes central passages from the letters of Tolstoy and his correspondents, S. A. Tolstoy’s diaries, and contemporary accounts translated by George Gibian exclusively for this Norton Critical Edition. Together these materials document Tolstoy’s writing process and chronicle Anna Karenina’s reception upon publication during the period 1875–77.

A Chronology of Tolstoy’s life and an updated Selected Bibliography are also included.