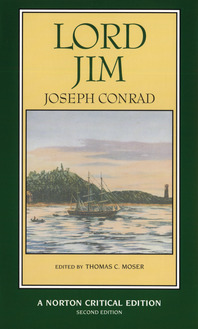 This Norton Critical Edition provides the most authoritative text of Lord Jim yet published; it is based on the definitive third English edition, collated with the periodical version that appeared in Blackwood’s Magazine and with the first English edition.

All discrepancies have been checked against the second English edition and the second American edition; the resulting Textual Notes include over 500 substantive changes.

The text is thoroughly annotated, and the editor has added a "Glossary of Eastern and Nautical Terms."

"Sources" is a special section edited for this Norton Critical Edition by Dr. Norman Sherry of the University of Liverpool, presenting his discoveries about the real-life counterpart of Lord Jim, the incidents described in the novel, and life in the Dutch East Indies in the nineteenth century.  Dr. Sherry is the author of Conrad's Eastern World.