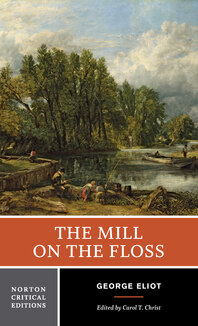 The best-known and most autobiographical of George Eliot’s novels is now available as a Norton Critical Edition.

The text of The Mill on the Floss, that of the 1862 third edition for which Eliot made her last revisions, has been annotated in order to assist the reader with obscure references and allusions.

"Backgrounds" includes fifteen letters from the 1859-69 period centering on the novel’s content and composition; "Brother and Sister" (1869), a little-known sonnet sequence; and eight Victorian reviews and responses, both published and unpublished, on the novel, including those by Henry James, Algernon Charles Swinurne, and John Ruskin.

Judiciously chosen from the wealth of essays on The Mill on the Floss published in this century,  "Criticism" includes ten of the best studies of the novel, providing the reader with historical and critical perspective.