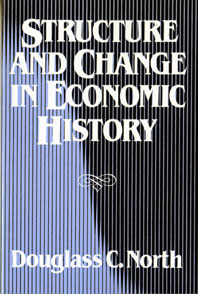 In this bold, sweeping study of the development of Western economies, Douglass C. North sets forth a new view of societal change.

At the core of Professor North's investigation is the question of property rights, the arrangements individuals and groups have made through history to deal with the fundamental economic problem of scarce resources.

In six theoretical chapters, Professor North examines the structure of economic systems, outlines an economic theory of the state and the ideologies that undergird various modes of economic organization, and then explores the dynamic forces such as new technologies that cause institutions to adapt in order to survive. With this analytical framework in place, major phases in Western history come under careful reappraisal, from the origins of agriculture and the neolithic revolution through the political economy of the ancient and medieval worlds to the industrial revolution and the economic transformations of the twentieth century.

Structure and Change in Economic History is a work that will reshape many established explanations of the growth of the west.