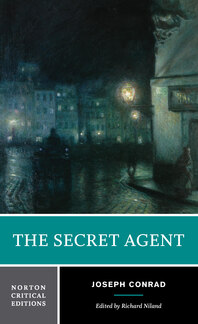 “[A] masterly study of the inner workings of the disordered minds whose aim is destruction, violence, and the overturning of law and order by means of bombs.”—The Observer (1907)

This Norton Critical Edition offers the first English book edition of the novel (1907), with explanatory footnotes. Accompanying this are contemporary sources that informed Joseph Conrad’s writing of the novel, including newspaper accounts of the “Greenwich Bomb Outrage”, articles from the anarchist press, earlier treatments of the Martial Bourdin case in fiction, and texts related both to anarchism and fin-de-siècle culture. Seven wide-ranging critical essays are included, along with a chronology and a bibliography.