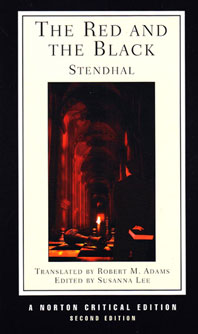 Based again on Robert M. Adams’s highly regarded translation of Stendhal’s 1831 novel of ambition, love, and betrayal, this Second Norton Critical Edition of The Red and the Black is the most comprehensive and up-to-date edition available.

An extensively revised “Backgrounds and Contexts” section provides geographical and political insights into mid-nineteenth century France and places the novel in the context of contemporary authors and works. A map of 1830s France, political and literary chronologies, an account of the trial of Antoine Berthet, and related writings by Stendhal, Paul Valéry, and Jules Janin are included.

A Chronology of Stendhal’s life and work, also new to the Second Edition, and an updated Selected Bibliography are included.