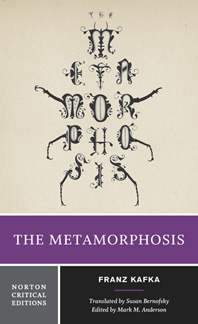 “This fine version, with David Cronenberg’s inspired introduction and the new translator’s beguiling afterword, is, I suspect, the most disturbing though the most comforting of all so far; others will follow, but don’t hesitate: this is the transforming t

Franz Kafka’s classic 1915 novella remains one of the most widely read works of fiction in the world. This Norton Critical Edition is based on Susan Bernofsky’s acclaimed new translation, accompanied by the translator’s note and Mark M. Anderson’s preface and explanatory annotations.

“Bernofsky’s vibrant new translation preserves the comedy as well as the tragedy of Kafka’s text; it convinces both on its own and when read with the original in mind.” — The Times Literary Supplement