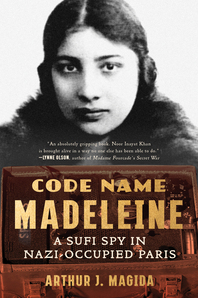 The dramatic story of Noor Inayat Khan, a secret agent for the British in occupied France.

During the critical summer months of 1943, Noor Inayat Khan was the only wireless operator transmitting secret messages from Nazi-occupied France to the Special Operations Executive in Britain. As the daughter of an Indian mystic, brought up in a household devoted to peaceful reflection on the outskirts of Paris, Khan did not seem destined for wartime heroism. Yet, faced with the evils of Nazism, she volunteered to help the British; was trained in espionage, sabotage and reconnaissance; and returned to France with a new identity.

Khan transmitted details crucial to the Allies’ success on D-Day, until she was captured and imprisoned by the Gestapo. She attempted two escapes before being sent to Germany. Three months after the Allied invasion of France, she was executed at Dachau. Her last word was “liberté”.