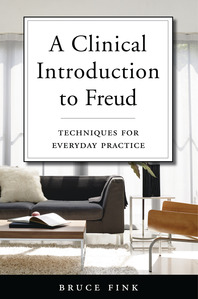 Freud’s central theories explained in the context of modern therapy.

Having taught Freud to both undergraduate and graduate students for twenty years, Bruce Fink provides a highly readable introduction to Freud’s work that emphasises Freud’s enduring clinical relevance and usefulness to practitioners of many persuasions—not just to those who are psychoanalytically trained.