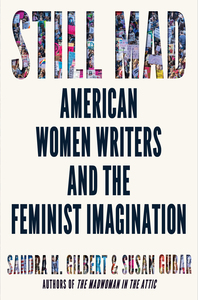 A brilliant, sweeping history of the contemporary women’s movement told through the lives and works of the literary women who shaped it.

As Gilbert and Gubar chart feminist gains—including creative new forms of protests and changing attitudes toward gender and sexuality—they show how the legacies of second wave feminists, and the misogynistic culture they fought, extend to the present. In doing so, they celebrate the diversity and urgency of women who have turned passionate rage into powerful writing.

"They’ve done it again! The personal, the political, the literary, the critical—the brilliant literary team of Gilbert and Gubar extend their foundational studies of women’s writing to encompass the twenty-first century. Tracing the key events and writers of the second wave of the women’s movement from the 1950s to the election of Biden and Harris, they map the tumultuous, explosive, and ongoing energies of American women’s writing. Make space on your bookshelf for this lively and indispensable volume." — Elaine Showalter, professor emerita of English, Princeton University