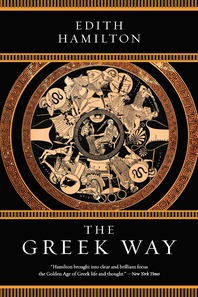 Edith Hamilton buoyantly captures the spirit and achievements of the Greek civilization for our modern world.

A perennial favourite, Edith Hamilton’s best-selling The Greek Way captures the spirit and achievements of Greece in the fifth century B.C. The New York Times called The Greek Way a “book of both cultural and critical importance”.

"... her [Edith Hamilton's] works still have the power to enlighten, particularly as artefacts of a time when what “Europe” meant was in crisis." — Times Literary Supplement