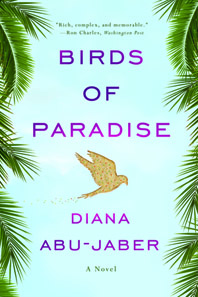 “A full-course meal, a rich, complex and memorable story that will leave you lingering gratefully at [Abu-Jaber’s] table.”—Ron Charles, Washington Post

At thirteen, Felice Muir ran away from home to punish herself for some horrible thing she had done—leaving a hole in the hearts of her pastry-chef mother, her real estate attorney father, and her foodie-entrepreneurial brother. After five years of scrounging for food, drugs, and shelter on Miami Beach, Felice is now turning eighteen, and she and the family she left behind must reckon with the consequences of her actions—and make life-affirming choices about what matters to them most, now and in the future.