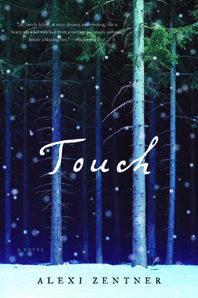 "A breathtaking debut . . . filled with ghosts and demons who lurk in the Canadian north woods." —Andrew Abrahams, People

On the eve of his mother’s death, Stephen comes home to Sawgamet, a logging town where the dangers of working in the cuts are overshadowed by the dark mysteries and magic lurking in the woods. Thirty years after the mythical summer his grandfather returned to town on a quixotic search for his dead wife, Stephen confronts the painful losses in his own life.

“In this often-haunting debut, fire and ice, light and shadow, death and resurrection intersect. . . . Here the wilderness, of the woods as well as the soul, is a place with which to be reckoned, and the strongest of men and women can fashion from it a life of mythological proportion and beauty.” — Susan Thurston, Minneapolis Star-Tribune

“A lovely debut, at once dreamy and riveting, like a heavy snowfall watched from a vantage point safe indoors, besides a blazing fire.” — Elizabeth Hand, Washington Post