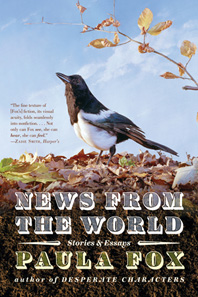 “Not only can Fox see, she can hear, she can feel.”—Zadie Smith, Harper’s

This gathering of Paula Fox’s short work spans her illustrious career, from 1965 to the present including perfectly turned stories; pointed, engaging essays; and raw yet eloquent memoir.