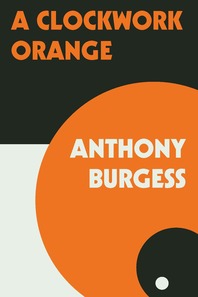 “A brilliant novel.… [A] savage satire on the distortions of the single and collective minds.”—New York Times

In Anthony Burgess’s influential nightmare vision of the future, where the criminals take over after dark, the story is told by the central character, Alex, a teen who talks in a fantastically inventive slang that evocatively renders his and his friends’ intense reaction against their society. Dazzling and transgressive, A Clockwork Orange is a frightening fable about good and evil and the meaning of human freedom. This edition includes the controversial last chapter not published in the first edition, and Burgess’s introduction, “A Clockwork Orange Resucked.”

“Looks like a nasty little shocker, but is really that rare thing in English letters: a philosophical novel.” — Time

“A fine farrago of outrageousness.… If you don’t take to it all, then I can’t resist calling you a starry ptitsa who can’t viddy a horrorshow veshch when it’s in front of your glazzies. And yarbles to you.” — Kingsley Amis

“One of the most groundbreaking and influential novels of all time8#212and one of the best.” — Irvine Welsh

“All Mr. Burgess’s powers as a comic writer, which are considerable, have gone into the rich language of his inverted Utopia.” — Malcolm Bradbury