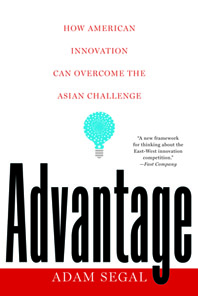 The emergence of India and China as economic powers has shifted the global landscape and called into question the ability of the United States to compete. Advantage sorts out the challenges the United States faces and focuses on what drives innovation, what constrains it, and what strengths we have to leverage. Entirely recasting the stakes of the debate, Adam Segal makes the compelling case for the crucial role of the “software” of innovation. By bolstering its politics, social relations, and institutions that move ideas from the lab to the marketplace, the United States can preserve its position as a global power. With up-to-the minute economic and political data, this is a resounding call to tie innovation to larger social goals in an age of global science and technology.