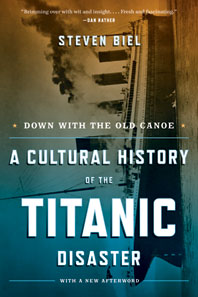 "Brimming over with wit and insight…Fresh and fascinating." —Dan Rather

Everyone from suffragists to their opponents; radicals, reformers, and capitalists; critics of technology and modern life; racists and xenophobes and champions of racial and ethnic equality; editorial writers and folk singers, preachers and poets found moral and cultural lessons in the sinking of the Titanic.

In a new edition that both commemorates the one hundredth anniversary of the disaster and elaborates, in a revised afterword, on the ship's continued impact on the public imagination (evidenced by the Titanic mania evoked by James Cameron's 1997 film), Steven Biel explores the Titanic in all its complexity and contradictions.