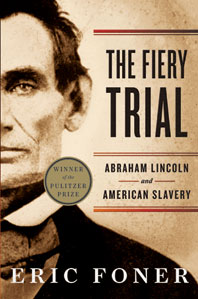 “A masterwork [by] the preeminent historian of the Civil War era.”—Boston Globe

Selected as a Notable Book of the Year by the New York Times Book Review, this landmark work gives us a definitive account of Lincoln's lifelong engagement with the nation's critical issue: American slavery. A master historian, Eric Foner draws Lincoln and the broader history of the period into perfect balance. We see Lincoln, a pragmatic politician grounded in principle, deftly navigating the dynamic politics of antislavery, secession, and civil war. Lincoln's greatness emerges from his capacity for moral and political growth.