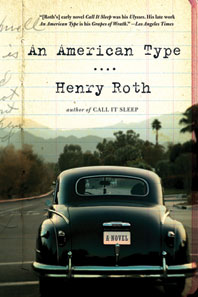 “His early novel Call It Sleep was his Ulysses. His late work An American Type is his Grapes of Wrath.”—Thane Rosenbaum, Los Angeles Times

This “glorious, evocative, literary novel for the ages” (Los Angeles Times) has finally taken its place within the great canon of American fiction. Set during the Great Depression, against a backdrop of New York’s glimmering skyscrapers and Los Angeles’s seedy motor courts, this autobiographical work concludes the unparalleled saga of Henry Roth, whose classic Call It Sleep, published in 1934, went on to become one of Time’s 100 best American novels of the twentieth century. With echoes of Nathanael West and John Steinbeck, An American Type is a heartrending statement about American identity and the universal transcendence of love.

“An absorbing Depression-era love story, but what gives it special interest is the light it sheds on Roth’s lost years.” — Steven G. Kellman, Bookforum