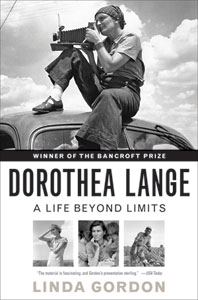 Winner of the 2010 Bancroft Prize and finalist for the 2009 Los Angeles Times Book Prize in Biography: The definitive biography of a heroic chronicler of America's Depression and one of the twentieth century's greatest photographers.

We all know Dorothea Lange's iconic photos—the Migrant Mother holding her child, the shoeless children of the Dust Bowl—but now renowned American historian Linda Gordon brings them to three-dimensional life in this groundbreaking exploration of Lange's transformation into a documentarist. Using Lange's life to anchor a moving social history of twentieth-century America, Gordon masterfully re-creates bohemian San Francisco, the Depression, and the Japanese-American internment camps. Accompanied by more than one hundred images—many of them previously unseen and some formerly suppressed—Gordon has written a sparkling, fast-moving story that testifies to her status as one of the most gifted historians of our time. Finalist for the Los Angeles Times Book Prize; a New York Times Notable Book; New Yorker's A Year's Reading; and San Francisco Chronicle Best Book.