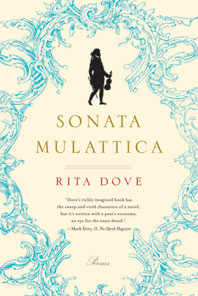 Detailing the volatile relationship between the black violinist George Bridgetower and Beethoven, this is a "masterful collection" (Los Angeles Times).

The son of a white woman and an “African Prince,” George Polgreen Bridgetower (1780–1860) travels to Vienna to meet “bad-boy” genius Ludwig van Beethoven. The great composer’s subsequent sonata is originally dedicated to the young mulatto, but George, exuberant with acclaim, offends Beethoven over a woman. From this crucial encounter evolves a grandiose yet melancholy poetic tale. A New Yorker's A Year's Reading; Booklist Editors Choice Award.