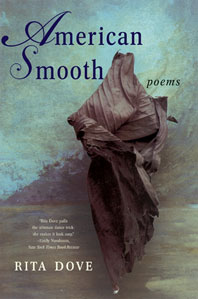 An occasion to celebrate: a new collection by the Pulitzer Prize-winning former poet laureate; her first since On the Bus with Rosa Parks. With the grace of an Astaire, Rita Dove's magnificent poems pay homage to our kaleidoscopic cultural heritage; from the glorious shimmer of an operatic soprano to Bessie Smith's mournful wail; from paradise lost to angel food cake; from hotshots at the local shooting range to the Negro jazz band in World War I whose music conquered Europe before the Allied advance. Like the ballroom-dancing couple of the title poem, smiling and making the difficult seem effortless, Dove explores the shifting surfaces between perception and intimation.