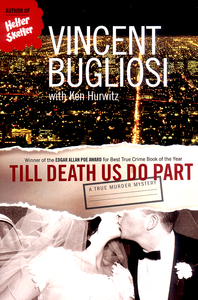 Winner of the Edgar Award for Best Fact Crime

"Bugliosi, the quintessential prosecutor, has written a crime book that should be read by every lawyer and judge in America." —F. Lee Bailey

On December 11, 1966, a mysterious assassin shot Henry Stockton to death, set his house on fire, and left the scene without a trace. A year later, when a woman was found brutally killed, shreds of evidence suggested a connection between the two murders.

In the Palliko-Stockton trial, prosecutor Vincent Bugliosi offered a brilliant summation that synthesized for the jury the many inferences and shades of meaning in the testimony, fitting all the pieces together in a mosaic of guilt. But will the jury be persuaded?

“In leading us through the marvelous and mundane intricacies of a trial for murder, Vincent Bugliosi makes a lasting and often spectacular contribution to public understanding of our criminal justice system.” — Washington Post

“Reads like fiction. Tells a true story that is a sizzler.” — Publishers Weekly