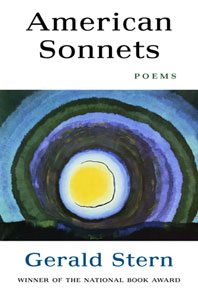 "Stern is a romantic with a sense of humor...a sometimes comic, sometimes tragic visionary."—Edward Hirsch

In his thirteenth collection, the 1998 National Book Award winner presents us with fifty-nine "Stern Sonnets," of twenty or so lines rather than the traditional fourteen. Using the events of his life as starting points, Gerald Stern deals with time and loss, with the dichotomy of light and darkness, and—always—with the possibility of joy. This stunning collection moves from autobiography to the visionary in surges of memory and language that draw the reader from one poem to the next.