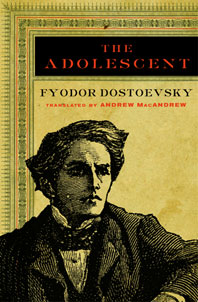 "Not till J. D. Salinger created Holden Caulfield has there ever been so convincing a portrait of an adolescent."—Toronto Daily Star

The fourth of Dostoevsky's five major novels, this is the story of a nineteen-year-old searching for identity amid the disorder of Russian society in the 1870s. Arkady is the illegitimate child of a landowner and the wife of his estate's gardener. He has refused to go to university, instead traveling to St. Petersburg in pursuit of a secret goal—and of a relationship with his father.