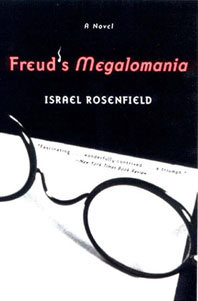 In an inventive blending of "comic energy and intellectual muscle" (The New Yorker), Israel Rosenfield serves up for our scrutiny and sheer delight Freud's long-lost last "manuscript," which reveals a Freud who in reflecting upon his life's work realizes that he has gotten it all wrong! A victim of his own self-delusion, Freud goes about setting the record straight with a preposterously seductive new theory of human behavior: it is not drives that motivate us, but rather our boundless capacity to deceive ourselves. Such are the explosive contents of his last manuscript, Megalomania. Its discovery years later prompts a postmortem that effectively puts the icon to rest, resurrects the man, and exposes the naiveté of Freud's disciples and the megalomaniacal tendencies of his detractors. This "wise and witty" (Boston Sunday Globe) intellectual spoof delivers a surprising twist on history and a playful challenge to today's enduring Freud debate.