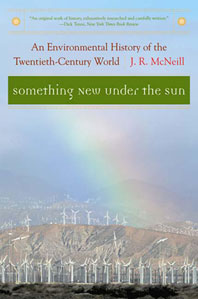 The history of the twentieth century is most often told through its world wars, the rise and fall of communism, or its economic upheavals. In his startling new book, J. R. McNeill gives us our first general account of what may prove to be the most significant dimension of the twentieth century: its environmental history. To a degree unprecedented in human history, we have refashioned the earth's air, water, and soil, and the biosphere of which we are a part. Based on exhaustive research, McNeill's story—a compelling blend of anecdotes, data, and shrewd analysis—never preaches: it is our definitive account. This is a volume in The Global Century Series (general editor, Paul Kennedy).