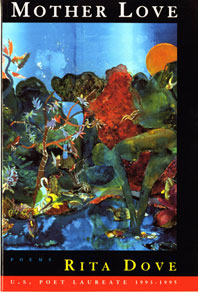 Calling upon the ancient Greek myth of Demeter and Persephone, Mother Love examines the love between mother and daughter, two tumblers locked in an eternal somersault: each mother a daughter, each daughter a potential mother.

In settings as various as a patio in Arizona, the bistros and boulevards of Paris, the sun-drenched pyramids of Mexico—and directly from the Greek myth itself—Rita Dove explores this relationship and the dilemma of letting go.