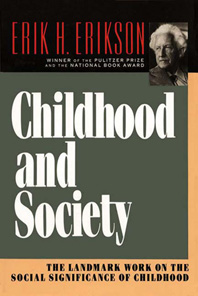 The landmark work on the social significance of childhood.

The original and vastly influential ideas of Erik H. Erikson underlie much of our understanding of human development. His insights into the interdependence of the individuals' growth and historical change, his now-famous concepts of identity, growth, and the life cycle, have changed the way we perceive ourselves and society. Widely read and cited, his works have won numerous awards including the Pulitzer Prize and the National Book Award.

Combining the insights of clinical psychoanalysis with a new approach to cultural anthropology, Childhood and Society deals with the relationships between childhood training and cultural accomplishment, analyzing the infantile and the mature, the modern and the archaic elements in human motivation. It was hailed upon its first publication as "a rare and living combination of European and American thought in the human sciences" (Margaret Mead, The American Scholar). Translated into numerous foreign languages, it has gone on to become a classic in the study of the social significance of childhood.