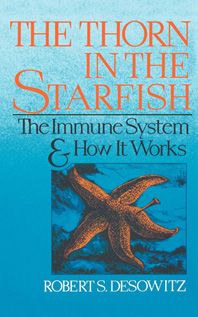 Dr. Desowitz describes the revolutionary discoveries made by Jenner, Pasteur, Metchnikoff, and Ehrlich and what we know about immunology today. His topics include the role of nutrition, the challenge of developing an AIDS vaccine, and the potential of genetic-engineering techniques.