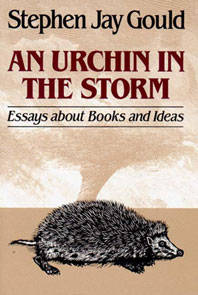 "What pleasure to see the dishonest, the inept, and the misguided deftly given their due, while praise is lavished on the deserving—for reasons well and truly stated."—Kirkus Reviews

Ranging as far as the fox and as deep as the hedgehog (the urchin of his title), Stephen Jay Gould expands on geology, biological determinism, "cardboard Darwinism," and evolutionary theory in this sparkling collection.