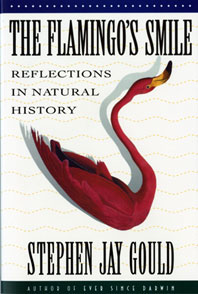 "Gould himself is a rare and wonderful animal—a member of the endangered species known as the ruby-throated polymath. . . . [He] is a leading theorist on large-scale patterns in evolution . . . [and] one of the sharpest and most humane thinkers in the sciences." --David Quammen, New York Times Book Review