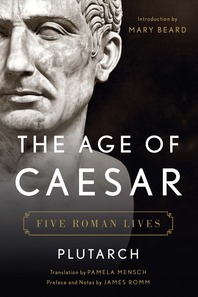 An outstanding new edition of Plutarch, the inventor of biography, focused on five lives that remade the Roman world.

Major figures in the civil wars that ended the Roman Republic, the names Pompey, Caesar, Cicero, Brutus and Antony haunt us with questions of character and authority. Plutarch’s rich, vivid profiles show character-shaping history through grand scale events and intimate details. The creator and master of the biographical form, Plutarch locates character in small gestures such as Brutus’s punctilious use of money or Caesar’s plainspoken discourse. In this reader’s edition, the translation lends a straightforward clarity to the prose and the notes identify people, places and events in the text. The substantial introduction and foreword explore Plutarch as an historical figure and the history of the Republic’s fall.