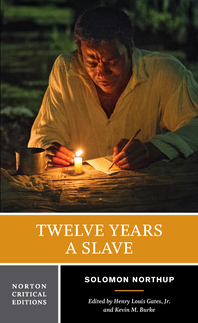 This Norton Critical Edition of Solomon Northup’s harrowing autobiography is based on the 1853 first edition. It is accompanied by Henry Louis Gates, Jr.’s introduction and detailed explanatory footnotes.

The 2013 film adaptation—12 Years a Slave—is fully considered, with criticism and major reviews of the film as well as Henry Louis Gates's three interviews with its director, Steve McQueen. A Chronology and Selected Bibliography are also included.