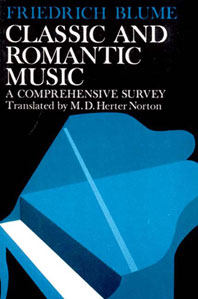 Examines the characteristics, nature, and evolution of classicism and romanticism in European music.

Dr. Blume places Classic and Romantic music in their historical contexts, traces their development and relationship, and their thematic development.