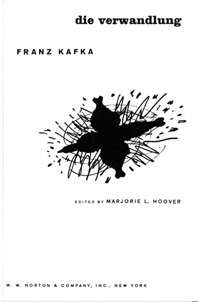 Kafka's stories are nightmarish tales in which a helpless central character's every move is controlled by heartless, impersonal forces.

This authorized edition of DIE VERWANDLUNG by Franz Kafka was originally published by Schocken Books Inc. in Volume I of the Gesammelte Wenke “Erzählungen und Kleine Prosa”, Berlin, 1935; New York, 1946. It appears here with the publisher’s permission. This edition is in German with editorial matter in English.